Glucomannan vs. Xanthan Gum: Are They Interchangeable Products?

As the name suggests, thickening agents increase the viscosity of the mixtures or food preparations while not substantially altering their properties (including taste).

The use of thickening agents will increase stability, add body, and provide for an improved suspension of the ingredients.

Both Xanthan Gum and Glucomannan can be used as thickening agents.

When the glucomannan vs. xanthan gum topic is being discussed, you first need to explore the characteristics of these thickening agents better to reach a well-researched and appropriate decision.

Characteristics of Xanthan Gum and Glucomannan

Thickening agents may be used everywhere.

However, it may not be easy to decide and choose the best among them following the recipe and the health benefits.

What Is Xanthan Gum?

The fermentation of bacteria by the name Xanthomonas Campestris results in the formation of xanthan gum.

A broth-like substance is formed after the sugar gets fermented, which is solidified later by adding alcohol.

The commercial preparations include the dried and converted form of the broth.

Xanthan Gum is readily and easily available in powdered-for, which is derived from the broth only. 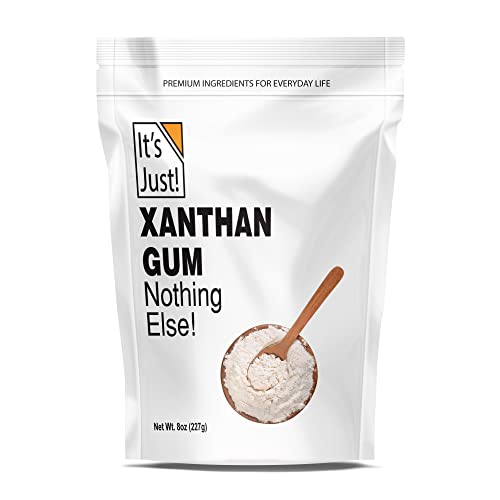 Xanthan Gum as a Food Additive

The thickening produced by xanthan gum is stable.

The substance is also used in the pharmaceutical industry because of its stabilizing and suspension properties.

Xanthan gum is considered to be a safe product and substance that can be used as a food additive.

Its use in food and pharmaceutical preparations has been approved by the FDA as well.

What Are the Health Benefits of Xanthan Gum?

Xanthan gum is a soluble fiber, which means that it cannot be broken down or digested by the body.

When consumed, xanthan gum will result in a slower rate of digestion.

The gum itself will never get digested, and therefore the thickening agent does not add any calories to a recipe or meal.

The other name of Glucomannan is Konjac.

The herb is found commonly in Asia and has been used in culinary preparations and medicines in that part of the world for centuries.

Glucomannan is found in the tuber or root-resembling part of the stem of a plant and herb.

It is a rich source of soluble dietary fibers as well. 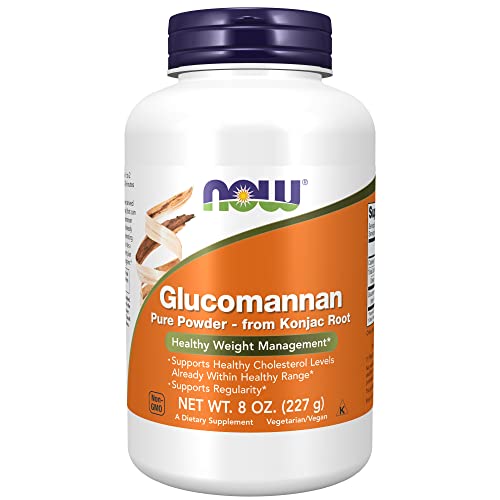 What Are the Health Benefits of Glucomannan?

Glucomannan has been used for its medicinal properties and benefits since ancient times in Asia.

It has also been used in the Western part of the world in the form of supplements.

Due to its high fiber content, glucomannan aids weight loss and can better regulate bowel movements.

The substance has been used for treating hemorrhoids and fissures.

Another lesser-known benefit of glucomannan is that it provides for healthy skin.

The substance is beneficial for preventing cardiovascular diseases and for reducing bad cholesterol levels in the body.

We also have an article on another similar topic, glucomannan vs. psyllium husk. Enjoy it!

Below are certain comparison points that will help you understand the differences between the two thickening agents, Xanthan Gum and Glucomannan, and when they can be preferred under a set of different circumstances.

Xanthan gum is an ionic stabilizer, which means that its action and properties will be affected if there is salt in the mixture or system.

On the other hand, glucomannan is a nonionic stabilizer, and its properties and actions will not vary even when there is salt present in the system.

Therefore if your dishes and recipes contain salt, you should prefer glucomannan as its action and thickening properties will remain the same.

Glucomannan may not provide as slimy preparations as xanthan gum does.

The latter may provide for a more pleasant texture and appearance.

However, glucomannan may also provide for the requisite and desired texture if it is not overdone.

Both glucomannan and xanthan gum can readily dissolve in water.

The fiber and molecular chains easily absorb the water molecules that enter inside it.

The water content and ingress result in the swelling of the molecules of the thickening agents.

Xanthan gum will not form a gel (it does not gelatinize) when it is used alone in any preparation or mixture.

However, xanthan gum will form a gel when it is used with glucomannan.

The two gums may show a synergistic effect, which may be useful in certain conditions.

Are Glucomannan and Xanthan Gum Interchangeable?

Glucomannan and xanthan gum may be interchangeable in many cases.

For instance, the same amount of either of the thickening agents can be used while baking.

Therefore xanthan gum can be swapped for the Konjac root or glucomannan in a 1: 1 ratio.

Either of these can also be used in gluten-free recipes.

Can I Use Glucomannan in Place of Xanthan Gum?

Certainly yes. Glucomannan can be a good substitute for xanthan gum due to its inherent properties and high fiber content.

If you replace xanthan gum with glucomannan while baking recipes like bread are cakes, you need to use the same amount of glucomannan.

For instance, it can be half tsp. for every cup of flour for the bread and cakes.

Can I Use Xanthan Gum in Place of Glucomannan?

While xanthan gum can be put in place of glucomannan due to its thickening properties, the latter may provide more health benefits.

For instance, if a meal is being prepared for a diabetic person, glucomannan should be preferred because of its sugar-control properties.

If the texture is of utmost importance, xanthan gum may provide for better recipe appearance/aesthetics.

Xanthan gum may no longer be the holy grail of baking and cooking.

Thickening agents like glucomannan can also be used in gluten-free recipes.

The natural product can regulate lipid metabolism and reduce glucose levels in the blood.

It can also prevent cancer in body regions, including the lower digestive tract and other medical conditions like constipation.

It reduces cholesterol levels and helps in better sugar level control in diabetics.

While xanthan gum may provide some of these benefits and is also a solid fiber, glucomannan may certainly provide more health benefits when compared with the former.